Fighter for Democracy: The Saga of an Ethiopian Labor Leader Beyene Solomon 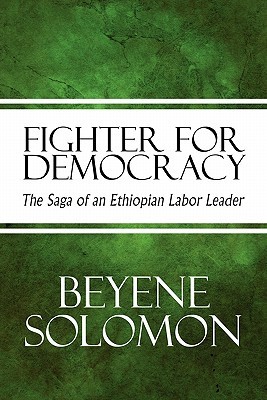 Solomon was imprisoned. Surviving seven years of prison, he later worked for the ILO before he was forced out of Ethiopia in 1998. Beyenes memoir is the story of a brave and determined self-made man fighting and suffering for a democratic cause. And it is the sad story of the struggles of a proud African nation which is still in the throes of finding itself. Furthermore, it describes the diaspora of hundreds of thousands of Ethiopians and Eritreans, many who ended up as political refugees in the United States.

His memoir is of historic significance. From Eritrea, Beyene Solomon left his farm to work in factories in the Ethiopian capital of Addis Ababa. Rebelling against management injustices, he helped form an Ethiopian labor movement. As President of the Confederation of Ethiopian Labor Unions (CELU), Beyene organized Ethiopian and Eritrean industrial workers and effectively fought for workers rights against government and management.

He was instrumental in obtaining assistance from international labor groups and was active in African labor organizations. Until 1974 when the military overthrew the Emperor, CELU was part of an important democratization process in Ethiopia. While other prominent Ethiopians were murdered, Beyene Solomon miraculously survived, perhaps because of his local and international following. Until 1998 he had lived in Ethiopia for 52 years. Residing in Silver Spring, MD since 1999 with his children, he is now a US citizen.

Comments
Comments for "Fighter for Democracy: The Saga of an Ethiopian Labor Leader":