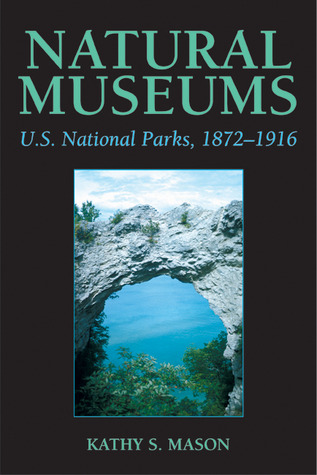 In 1872, the world’s first national park was founded at Yellowstone. Although ideas of nature conservation were not embraced generally by the American public, five more parks were created before the turn of the century.

By 1916, the year that the National Park Service was born, the country could boast of fourteen national parks, including such celebrated areas as Yosemite and Sequoia. Kathy Mason demonstrates that Congress, park superintendents, and the American public were forming general, often tacit notions of the parks’ purpose before the new bureau was established.Although the Park Service recently has placed some emphasis on protecting samples of North America’s ecosystems, the earliest national parks were viewed as natural museums—monuments to national grandeur that would edify visitors.

Not only were these early parks to preserve monumental and unique natural attractions, but they also had to be of no use to mining, lumbering, agriculture, and other “productive” industries. Natural Museums examines the notions of park monumentalism, “worthlessness,” and national significance, as well as the parks’ roles as wilderness preserves and recreational centers.