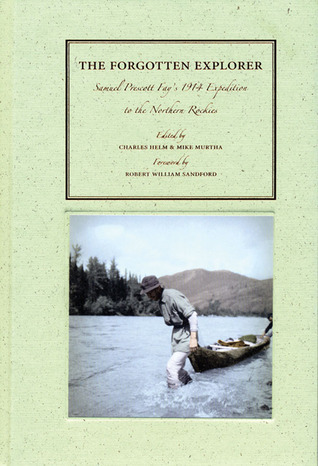 The first to do so was Samuel Prescott Fay in 1914. To this day, his exact route has never been duplicated. Fay and his party set out from Jasper on June 26, 1914, with five saddle horses and 16 pack horses. After a treacherous, slogging journey of 1,200 kilometres through wild, uncharted country they reached their destination on October 15, 1914, with the outfit completely intact.

During his expedition, Fay kept a detailed journal (currently held at the Smithsonian Institution, Washington, DC), which he provided to the US Biological Survey (now known as the US Fish & Wildlife Service) and to various Canadian government authorities. He also published several magazine articles about his discoveries. However, the journal in its entirety, with all his day-to-day observations, struggles and concerns, has never been published. Similarly, his maps, photographs and wildlife records have been preserved in various Canadian and US archives but never exhibited to a wider audience.

Brought together for the first time in book form, they provide an early and dynamic record of an area that remains little known to this day. Complete with a large selection of never-before published photos and maps, The Forgotten Explorer is destined to become a classic of North American exploration history.