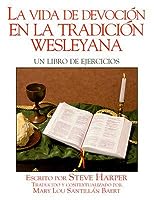 Librarian Note: There is more than one author in the GoodReads database with this name. See this thread for more information.Steve Harper is a retired seminary professor who taught in the disciplines of Spiritual Formation and Wesley Studies.He is the author of sixteen books, and has co-authored thirteen others.

You can see them here at his Amazon Author Page.Dr. Harper and his wife, Jeannie, have been married since 1970. They live in Winter Springs, Florida. They have two grown children (John and Katrina) and three grandchildren (Zoe, Isaac, and James).Across the years, Steve was a youth minister, evangelist, and pastor in the Northwest Texas Annual Conference.

He served under appointment in that Annual Conference as an Elder for 33 years. The last eight years (2004-2012) he was a member of The Florida Annual Conference. He retired in July 2012.Steve was the first person to be selected as a John Wesley Fellow by A Foundation for Theological Education (1977). He completed his PhD in Wesley Studies at Duke University (1981), with Dr.

Frank Baker serving as the Chair of his doctoral committee.Along the way, he has served in other ministries: Co-Founder with Jeannie of Shepherds Care, a ministry to ministers (1993-1996), Executive Director of A Foundation for Theological Education (1993-1996), Dean of the Chapel and Director of the Pathways Initiative, a ministry to equip spiritual leaders, at The Upper Room in Nashville (1996-1998).In 1998, he became the founding Vice President and Dean of the Florida-Dunnam Campus of Asbury Seminary.

He retired as vice president in 2009, but continued to teach until his retirement on December 31, 2012.His current ministry concentrates in writing, especially theblog: Oboedire (www.oboedire.wordpress.com).