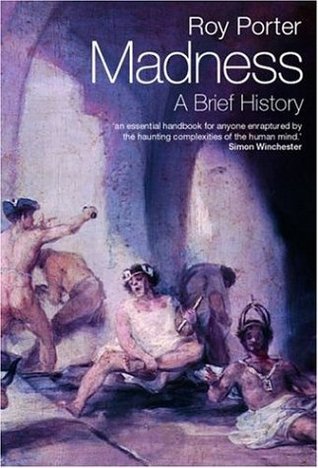 Beginning with 5,000-year-old skulls with tiny holes bored in them (to allow demons to escape), through conceptions of madness as an acute phase in the trial of souls, as an imbalance of the humours, as the divine fury of creative genius, as sanity itself in a world gone mad, or as the malfunctioning of brain chemistry, Porter shows the many ways madness has been perceived and misperceived in every historical period. He also takes us on a fascinating round of treatments, ranging from exorcism and therapeutic terror--including immersion in a tub of eels--to the first asylums, the anti-restraint movement, shock therapy, the birth of psychoanalysis, and the current use of psychotropic drugs.Throughout, Madness: A Brief History offers a balanced view, showing both the humane attempts to help the insane as well as the ridiculous and often cruel misunderstanding that have bedeviled our efforts to heal the mind of its myriad afflictions.