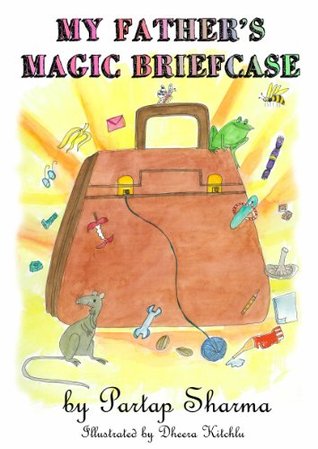 The story is written in verse to which all can sing along.PARTAP SHARMA is a playwright, novelist [Days of the Turban] and author of four books for children: “The Surangini Tales”, “Dog Detective Ranjha”, “Top Dog” and “The Little Master of the Elephant”. His best known plays, A Touch of Brightness, Begum Sumroo, Sammy! and Zen Katha, have been staged in various countries. His books have been published in India, England, USA, France, Denmark, Holland and Canada.

As an actor, he has played the lead in five Hindi feature films and won the National Award in 197I for his performance in Phir Bhi. He has also played the role of Nehru in the film Nehru: Jewel of India. In the year 2003, he spent three months in China to take part, again as Nehru, in an international film titled Chou-en-lai in Bandung. He has directed a number of documentary films, including a historical series for Channel Four Television, London, titled The Raj Though Indian Eyes.

His voice is well-known to cinema, TV and radio audiences as he is one of Indias foremost commentators and narrators.DHEERA KITCHLU is a child educator and a writer and illustrator of books. She has taught children to ride horses, to study and have fun with words. Her written work includes story development and script writing for Indian television, radio plays, skits for airline entertainment for children and stories for audio cassettes for visually impaired children. In addition she has written seven story books for children between the ages of 3-15 years.

Some of these she has illustrated herself. All her books are set in contemporary India and deal with issues concerning the Universal Child. Her current focus, through her initiative, ‘Anyone Can Write,’ is to encourage children to explore their creative potential through writing.